“Come to think of it, Alfred. Recently, it seems that you’ve been going out a lot with Ludy.”

I called out to my grandson, Alfred. My name is Eliya von Tasmeria. This Kingdom’s… The Kingdom of Tasmeria’s Queen Dowager. The person in front of me is Alfred. My grandson, and the First Prince. And the person who is standing on the side is Ludy. He is Alfred’s childhood friend and his aide.

“Yes, grandmother. I’ve been busy with something lately.”

Although he responded with a smile… This grandson of mine, I cannot accurately read his expressions. The smile he has looks all too natural. If I didn’t live in a world where trickery in is the norm in social circles, I probably would not have noticed it either.

“Even if it’s me, I know about it. Because Ellia and Ed have been perpetrating a lot of things recently, so you probably had to follow up with the Prime Minister, right?”

Although it’s unfortunate, our Kingdom still shouldering the debt from the war that occurred thirty years ago. That said, the debt is gradually being repaid, and unless we do something untactful, there shouldn’t have been any problems.

However, Ellia and Ed pulled it off magnificently. Frequently opening soup kitchens for the people, Ellia purchasing a number of dresses for which I don’t know if there will be enough official events for her to wear them all, and buying a new dress for Ed’s new partner to wear during their engagement…

Afterward, after the engagement party, Ed went to travel to resorts with the new person he was engaged with… The girl’s name was Yuri or something if I’m not mistaken… And she said, “This is a great place. It would be great if more people can enjoy it.” And because of that… it seemed like Ed took it to an extreme and decided to develop that resort.

Lastly, they seemed to have splendidly opposed the Prime Minister’s notion, acted extremely unreasonable and refused to listen to anything. In the end, the opposition of paying for Yuri’s clothes eventually fell on deaf ears.

…In the first place, paying for Yuri’s clothes with the royal family’s budget is strange. Because of Ellia spoiling Edward too much, he has grown impudent and it has become really troublesome.

The budget of the Kingdom is divided between the royal family and for national management.

As for the funds meant for national management, just like its name says, it should be used to operate the Kingdom. Take my clothes, for example, the royal family’s budget is used to purchase clothes I usually wear. But for official functions, funds is taken out from the national budget because it necessary for the Kingdom’s management.

To be honest, I’m not completely certain about the difference between a lady’s maid and a court ladies… For example, if I want to send a personal letter, the help of a lady’s maid will do.

But if I want to send a letter as the Queen Dowager, the help of a court lady is necessary. Because depending on the situation, it would be imperative for them to look over the contents of the letter and compare it with past cases to make sure they match.

In terms of wardrobe, the lady’s maid helps me to get dressed up, while the court ladies checks to see if my clothing is suitable for the event.

Although the story has gone astray, sometimes discussions happen whether things should be paid by the royal family’s budget or the national budget.

But in this case… Yuri is still just a person engaged to a member of the royal family. That being said, usually, there is no way to spend either the royal family’s budget or the national budget on her.

“Yes, they have spent quite an amount of money, and even inside the castle, they have also been doing various things. The Queen’s maternal family, the Marquis House and their faction. Because of that, I’ve been forced out of the shadows to find a talented person. And the result is as you can see.”

“After Sharia was gone, the originally dependable King… became feeble and has to stay in his sickbed. Right now, because the information is being controlled, it has yet to be discovered by the public, but it won’t be long before they do.”

“Yes. Because of this, the Marquis House will gain even more momentum.” 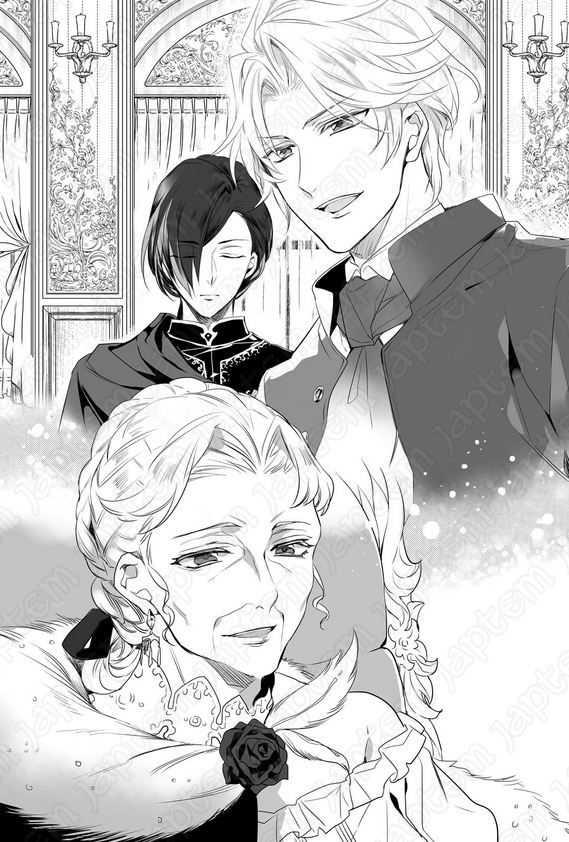 Looking at Alfred who is still smiling calmly, I called out his name to give him a warning.

“…Yes, I understand. I have no intention of dying just yet. However, I still cannot stand on the stage for a while.”

“It’s good if you understand.”

“Until all the preparation is complete, I will remain as I am until the time comes.”

“So this means that until you can find a capable person, your preparations will not be complete.”

“…I really cannot keep a secret from grandmother.”

Although he did not confirm my suspicion, I’m still satisfied with his response. If it’s Alfred, I can trust that he will be able to do it.

“Oh, since that’s the case… you’ve been going out a lot with Ludy recently. Retishia has been feeling lonely. You should talk to her for a bit.”

Retishia is Alfred’s younger sister from the same mother. Although she’s younger than Ed, she’s more intelligent than him, and like me, she’s betting on Alfred.

“…That is, I will talk to her sometime soon.”

Alfred once again gave a smile with unreadable feelings. …Like this, it means that he doesn’t intend to talk about it.

And then, after talking to Alfred about some other things, he left together with Ludy.

When I was the only one left in the room, I thought back to the conversation Alfred and I had. While I was thinking about it, I couldn’t help myself from being happy and smile.

Although Alfred didn’t mention a thing about it… I pretty much knew their destination. Even though they went here and there… In the end, the proceeded to the Duke of Armelia’s fief.

My expectation might be realized… No, because I really think it will be realized that I became really happy just thinking about it.

My motive is to have the daughter of the Duke marry someone from the royal family. …Or rather, it’s because I really love Melly.

When I saw that girl with a doll-like and beautiful features, I wanted to make her my daughter by all means. However, at that time, Mellice was already engaged to the heir of a Dukedom, she was engaged to Louis. Because Melly has loved Louis since she was very little, I tearfully gave up. Because if I were to force it, I will be disliked and avoided by Mellice.

Nevertheless, I didn’t completely give up. If Melly gave birth to a girl, I will have her engage to my grandson no matter what it takes.

Afterward, I heard from Louis that the long-awaited girl was born, and I was happy to know that she was named Iris. My name… the “E” part of Eliya (Ai-ri-ya) and “Ris” of Mellice (Meru-risu) put together. Because I had not seen her face then… I wondered if she was born premature, but when Melly brought the young Iris to see me, I fell in love with her. Her face was a splitting image of Melly’s. Although the color of her eyes was similar to Louis, a deep shade of blue, but that itself had its own elegance.

I’m absolutely going to make her my grandchild… If possible, rather than Ellia’s son Ed, I thought that Alfred would be better politically. But when Sharia passed away, a lot of commotion happened around Alfred and Retishia, so in the end, she was engaged to Edward.

To get engaged to one of the royal family? Because I didn’t specifically implied whom, some complication happened. I didn’t think I had to do something about it since it was clear that Melly dislikes Ellia so she wouldn’t have agreed to have Iris engaged to Ed… But I didn’t think that Iris would fall in love with Ed.

Because the two people really love their daughter, they agreed.

…Well, since she will still eventually become my grandchild, I reluctantly agreed to it, but I didn’t think that the engagement would be suddenly annulled.

When I heard what happened, I thought that my objective has been thwarted again… But when I thought about it again very carefully, it was a chance for me.

This time, I’ll definitely make sure that Alfred marries Iris… and make that lovely girl my grandchild. As the saying goes, if you fail twice, there’s always a third time… I will absolutely not fail this time. No matter what it takes, I’ll make sure they get married, and make that child my granddaughter.

…For that to happen, I must make my move… First things first, “she has been expelled from society,” so I must make Iris return to society.

According to my calculations, it will not benefit her if I just ask her to return to society.

Since she was expelled from the academy, she has not once shown her face in society. …If she did come out, she would have turned into a laughing stock because her engagement was annulled.

However, right now, she has done superbly well in managing their fief and is the president of the famous conglomerate… Or rather, to give up that kind of girl, it will be highlighted as Ed’s blunder.

Right now, all I have to do is create an opportunity to for her to appear in society.

Now then, I should also make my move.

Due to the votes of the majority, I have changed Mary to Melly and Marilyn to Mellice.

Rudy’s name is actually “Ludius,” but it sounds strange to me. What do you guys think? Rudius or Ludius? Ludius it is!

I guess everyone has already called it? Alfred equals Dean?

This chapter marks the end of Volume 1, I hope that everyone has enjoyed the novel thus far, and we’ll continue with Volume 2 tomorrow!

However, I will only be posting the illustrations when they appear on the chapters because the illustrations consists of too much spoilers. Really, too much. Did I induce some curiosity in you? Do you want to stalk me to get me to translate faster?

Starts packing up and flees immediately