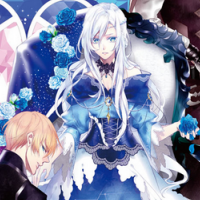 I was reincarnated as a daughter of a Duke. However, when I regained my memory, I had already reached the “ending.”

My engagement had been discarded and if things goes according to its “course,” it was set that I will be imprisoned by the church.

Where is my bright future? An assassin who swore never to kill again – Liola, was being chased by an assassination organization when he accidentally dropped into a parallel universe.

In this chaotic, unorganized world, Liola continues to honor his promise. He tries his best to live the life of an ordinary person, but after a series of events occurred… He suddenly realized that actually, being an ordinary person is harder than being an assassin!

Written by: Yu Wo 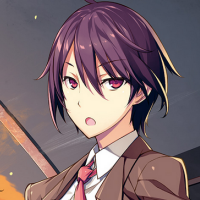 Thanks to various magic, the human race have been saved from calamity many, many times. Retaining his memories from his previous life, a boy, Shin, was picked up by an old man known to the world as a “Magi.”

Shin was brought up by the Magi, who had retired to a secular place, as his own grandson. With the memories of his past life, he absorbed the Magi’s craft and grew to be able to develop his own magic.

Then, the grandfather told him he has to become independent when he reaches the age of 15.

The grandson who has grown beyond the level of normal people, lacked common sense; the common sense of the world. So to learn how to socialize, he goes to Earlshide Kingdom City to be admitted to Earlshide Advance Magic Academy. 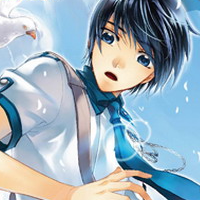 Mortimer Zhu is an extremely unfortunate high school student who accidentally enrolls into an academy of a dubious nature, where it is the norm to jump in front of moving trains, get dismembered during orientation, and crushed by vindictive bouncing classrooms. Can he stay alive or will he die from the rigors of school? Why have evil spirits suddenly acquired a taste for his flesh?

Tomokui Kanata has been re-incarnated into the weakest race, goblin, and get a new name Rou, after having undergone an unfortunate death. However goblin Rou has retained his previous life’s memories, gained an unusual evolution, and kept his ability to gain skills from eating its foes.

In this alternate world of survival of the fittest, events unfold. Will a goblin party become the heroes of this world, in a delightful twist from your usual scenario? will he become a hero of this world, or a dark overlord dominating over everyone else?

Some chapters of this novel may consist scenes with extreme violence or sexual content. Please read at your own risk. 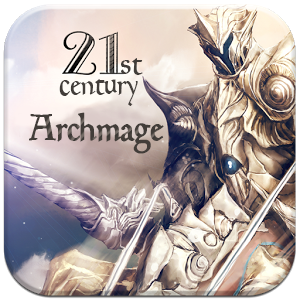 While on a school field trip in the Czech Republic, Kang Hyuk happens to stumble into a shop called “Archmage.” To his disbelief, the shop is actually owned by an archmage… from another world! Forced to become the Archmage’s disciple, thus begins Kang Hyuk’s journey. (TALL. ASIAN. MC.)

Among the class transported to another world, Nagumo Hajime is an ordinary male student who didn’t have ambition nor aspiration in life, and thus called “Incompetent” by his classmates.

The class was summoned to become heroes and save a country from destruction. Students of the class were blessed with cheat specifications and cool job class, however, it was not the case with Hajime, with his profession as a “Synergist”, and his very mediocre stats.

Note: This project has been picked up by Durasama. Kim Hyun Woo lived the life of the wealthy thanks to his parents. But one day, he received a phone call informing him of a traffic accident which involved his parents. His father had died and his mother was hospitalized in critical condition. The normal life he once knew, collapsed…

They sold their house, cancel various insurance plans, and moved to a one room apartment. And after a few years, Hyun Woo spends four to six hours tending to his mother and worked to pay for her medical bills.

One day, one of his Instructors recommended him for position in a company called Global Exos, who made an announcement of making history with the newest technological invention. This story follows the main protagonist on his journey to adapt to a new development of a virtual reality game.

Note: This project has been picked up by Ark Machine Translation. We find Chunwha in a world beyond his own. There he will struggle to find his own purpose among the many inhabitants of the new world including Elves, Dwarves, and even Mages!

As we watch him grow in strength and spirit, the novel creates fascinating characters out of his companions and adversaries and moves past the simple concept of the antagonist versus the protagonist. The man forsaken by the world, the man a slave to money and the man known as the legendary God of War in the highly popular MMORPG Continent of Magic. With the coming of age, he decides to say goodbye, but the feeble attempt to earn a little something for his time and effort ripples into an effect none could ever have imagined.

Through a series of coincidences, his legendary avatar is sold for 3.1 billion won, bringing great joy to him, only to plunge him into despair at losing almost all of it to vicious loan sharks. With revelation of money through gaming, he rises from the abyss with new found resolve and steps forward into the new age of games led by the first ever Virtual Reality MMORPG, Royal Road.

This is the legend of Lee Hyun on his path to becoming Emperor with only his family loving heart, his boundless desire for money, his unexpected mind, his diligently forged body and the talent of hard work backing him.

Note: This project has been picked up by Ark Machine Translation. 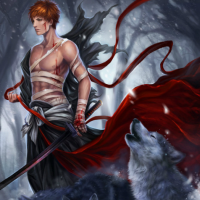 As a promise, he went out to the world as a murderer. 3 years later, after becoming the Supreme Assassin, he gave up on everything he had and returned to the ranks of ordinary people. But one day, Kismet, a mystical game created by the National Research and Development had appeared.

Enigmatic hands, spectral frame, and one cunning strike just like the swing of the Grim Reaper. Let us take a look at how the Supreme Assassin takes on the mystical world, and how his legendary tales sets off, progressively ascending the altar to becoming the best.

Written by: Chenyuan An Shang

Note: This project has been picked up by Gravity Translation.